I have missed a complete week and then some writing.  Last week I spent time teaching Summer Enrichment Classes.  A three hour session in the morning involved drama and teaching with Mr.. Cook. After lunch I taught how to make paper through recycling. It certainly makes one appreciate the effort that goes into one piece of paper…at least what it took in time and effort initially.  Today with machines and technology helping us, we don’t mind scrunching up that piece of paper with mistakes on it.  We smash it into a ball and toss it in the wastebasket.  My class took that wasted paper and made it into new paper.  It was fun. However, I didn’t get any writing accomplished.

On now to an addition to my blog.  Thanks to my new followers for coming along for the adventure.

VOCABULARY: Some new words and their origins-

philanthropic: A Greek word with “phile” in it.  Those who have taken 6th grade vocabulary will remember that “phile” means “love” or “like” in Greek and the origin means “for the love of mankind”. “Philanthropic” is an adjective meaning benevolent. If you’re not sure of the meaning of benevolent, let’s say you could explain the meaning of the word as a concern for human welfare and advancement. We all should be more philanthropic.

anachronism: This word has come to us from the Latin and before that Greek, and it meant “to make a wrong time reference”. Things haven’t changed much for this noun which means “a person or thing that is not in its correct historical or chronological time”.

I’m someone who enjoys looking at dictionaries…always have since I learned to read.  One of the things I noticed this last time was that I had trouble finding very many verbs.  Each page I randomly opened to had many nouns and adjectives but very few verbs.  This got me to thinking about the ratio of nouns to verbs in the English language.  What do you think … are there far more nouns than verbs in our language? Why?

GRAMMAR: I’ve had a few thoughts on this, too.

WRITING: Thinking about the SETTING in a story.

The setting involves a place where your story takes place, a location. However, it also involves the TIME a story takes place – past, present, or future.  Does it begin in the morning or at night?  What impact does beginning your story at lunch have to do with anything?  Don’t you think where and how you begin your story influences your reader?

Here are some possible settings you might try to incorporate in a short story – if you’re working on one for your summer extra credit.

PLACES: a kitchen, in Italy, in Pennsylvania when Ben Franklin lived there, a lake, a summer camp, in an orange grove or an almond orchard, at a picnic or family reunion, at the mall, inside of a computer or cell phone, in an old Victorian house,  in a tree house, in a windmill in Holland, at a truck stop in Montana, at an oasis on the desert or Death Valley, in a hardware store like Home Depot, or at a seaside bungalow.

Hopefully, you might get a fantastic idea from one of the places above.  Don’t forget about choosing the past, present, or future and a particular time of the day.

LITERATURE: I’m still thinking about this one.

Hope you’re all enjoying summer vacation. I’ll try not to be gone so long between writings next time.

Until the next adventure, 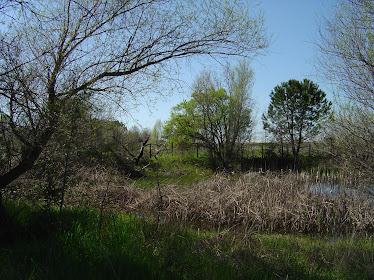 By the Reader's Grove

Communication is sharing meaning. It's elementary my dear Watson!

Communication: giving or exchanging information through speaking, writing, or movement.